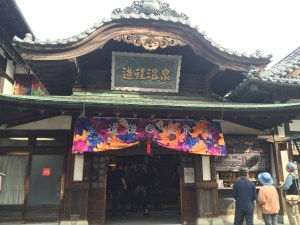 Dōgo Onsen is a hot spring in the city of Matsuyama, Ehime Prefecture on the island of Shikoku, Japan.

Dōgo Onsen is one of the oldest onsen hot springs in Japan, with a history stretching back over 1,000 years. The springs are mentioned in theMan’yōshū (written c. 759), and according to legend Prince Shōtoku (574–622) used to partake of the waters.

Dōgo Onsen was the favorite retreat of writer Natsume Sōseki (1867–1916) when he was working near Matsuyama as a teacher in what was at the time rural Shikoku. In Soseki’s loosely autobiographical novel Botchan, the eponymous main character is a frequent visitor to the springs, the only place he likes in the area.

Modern haiku poet Masaoka Shiki (1867–1902), a noted critic of Matsuo Bashō (1644–1694), was a resident of Dōgo Onsen. His poems are prominently inscribed in many places around town.

I went to Dogo hot spring to get into the hot spring. 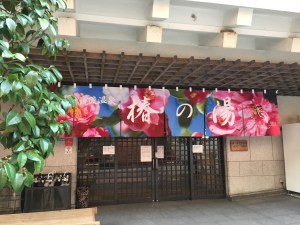 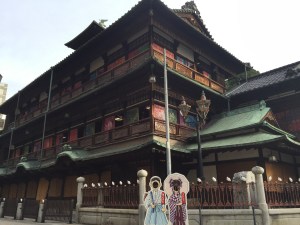